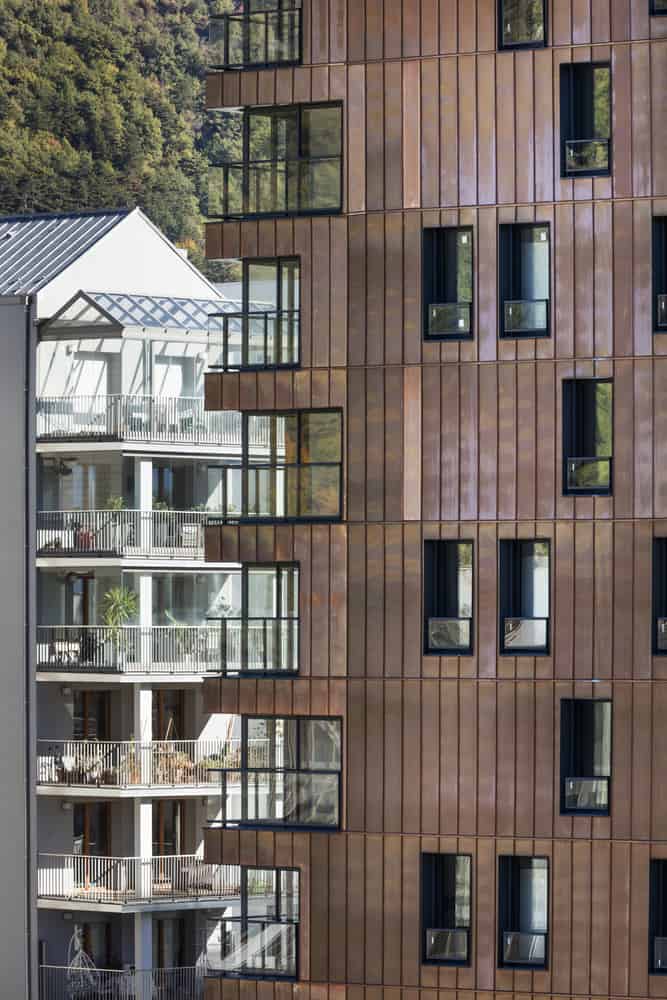 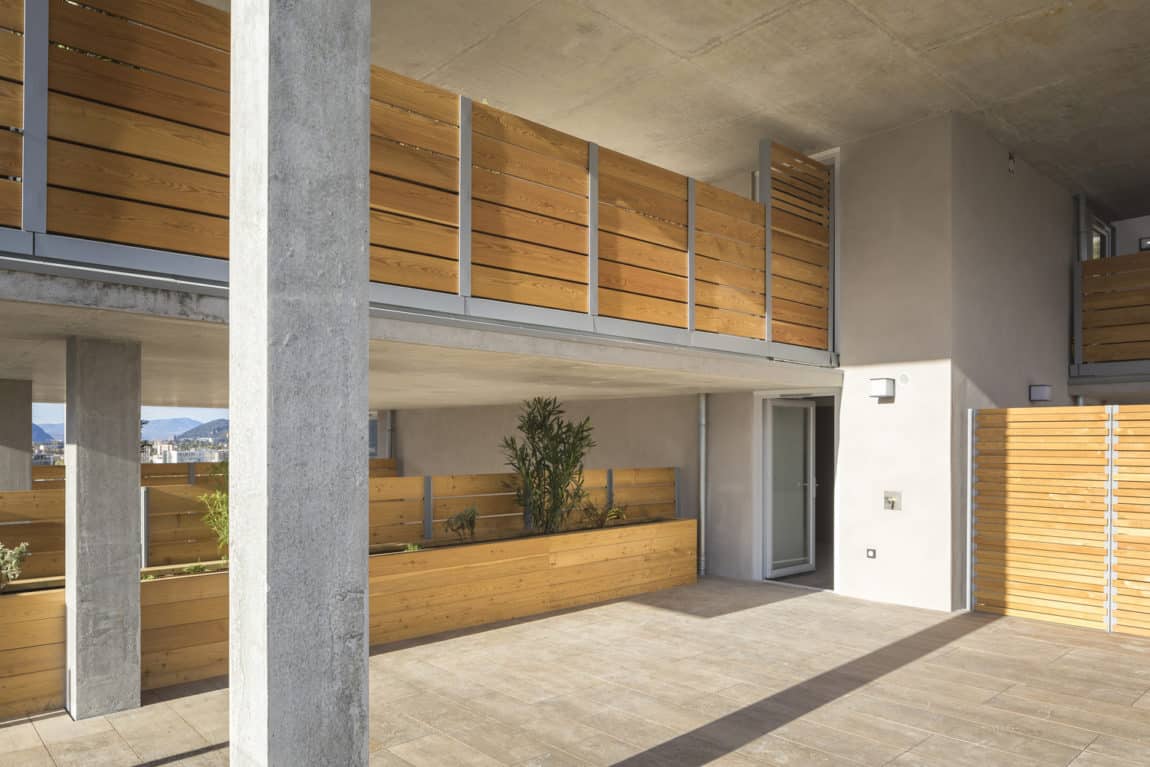 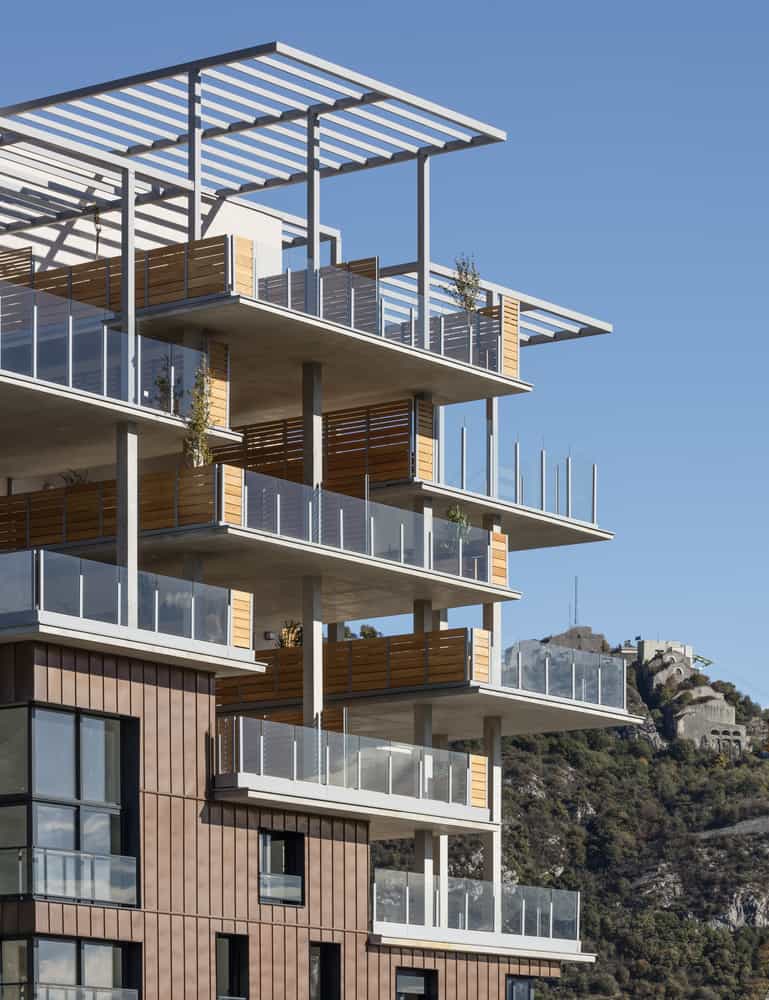 In the building process of this project, one of the main challenges was figuring out how to effectively power and heat a building so thin and tall, which isn’t typical for the area. They also wanted to be careful with the layout of each apartment because, even though the primary concept was vertical living, teams wanted to avoid sacrificing living space as much as possible. 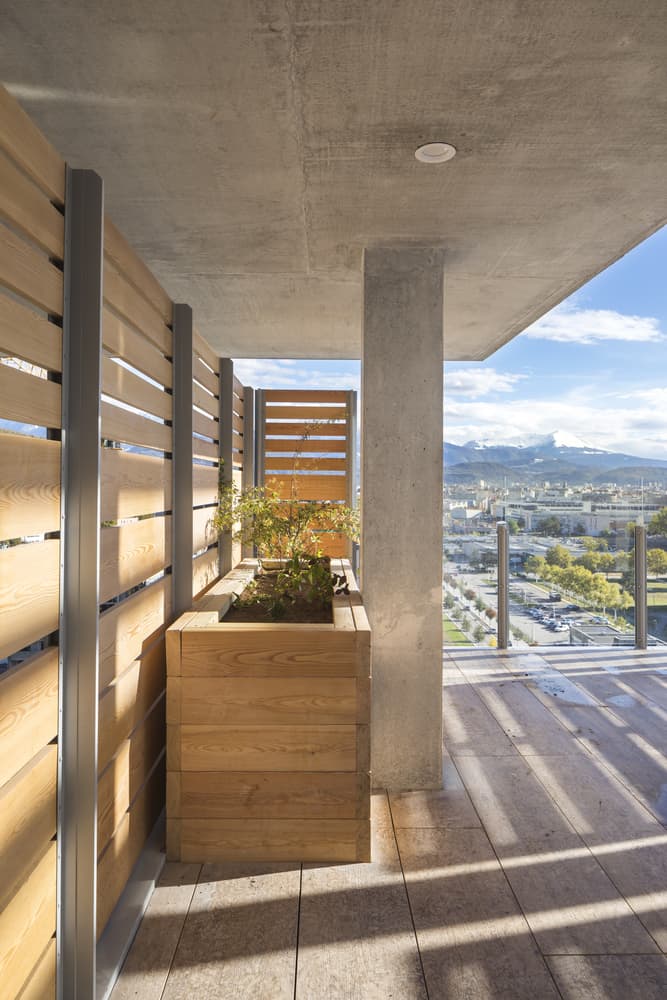 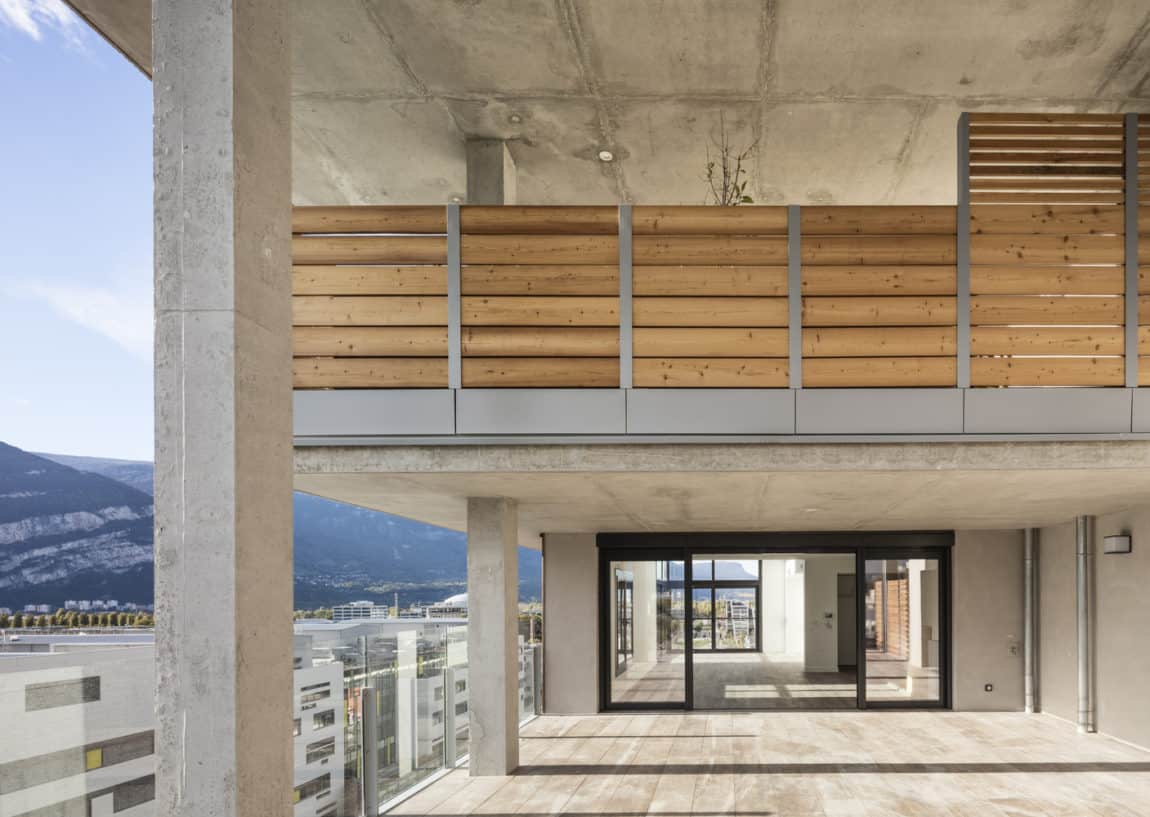 Part of this was done by creating a sense of cohesive blending between indoor and outdoor space thanks to personal balconies, which give a sunny outdoor space on top of the common terraces. Opening the balconies provides effective air circulation and cooling properties throughout the units but, at the same time, will maintain a high level of nice, natural light when the doors have to be closed off for warmth in the winter. 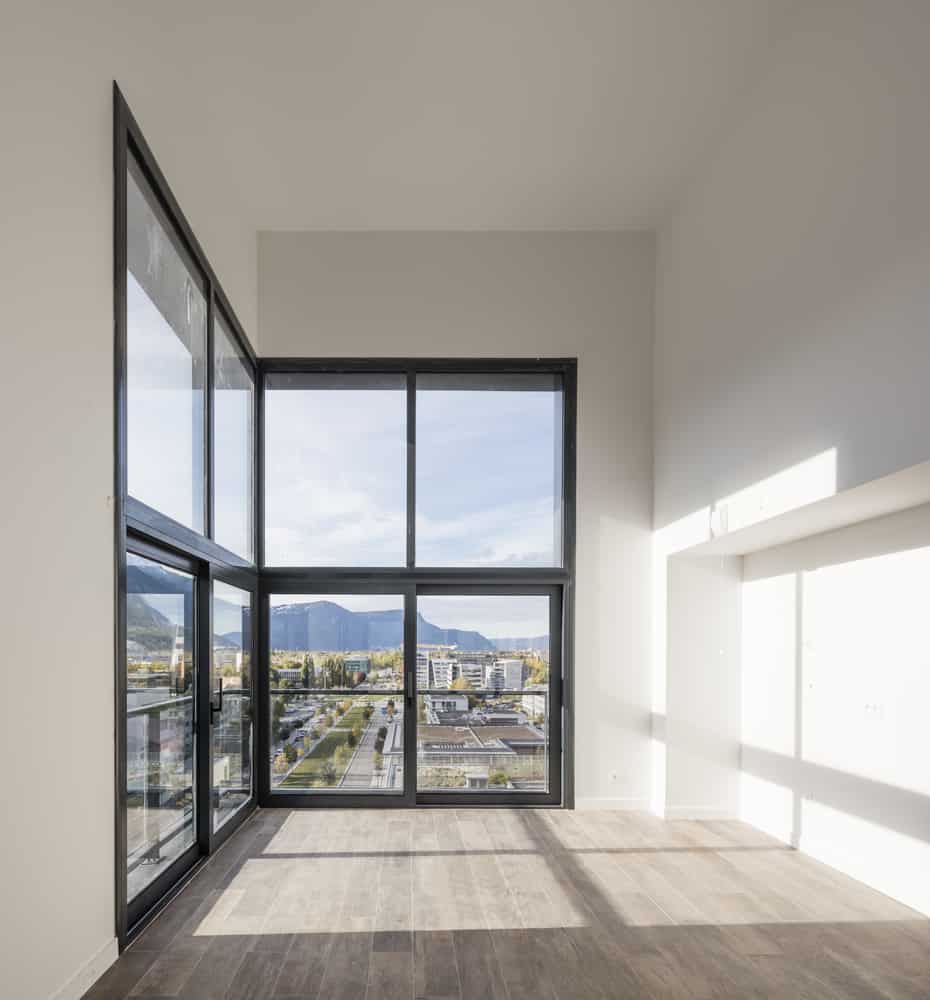 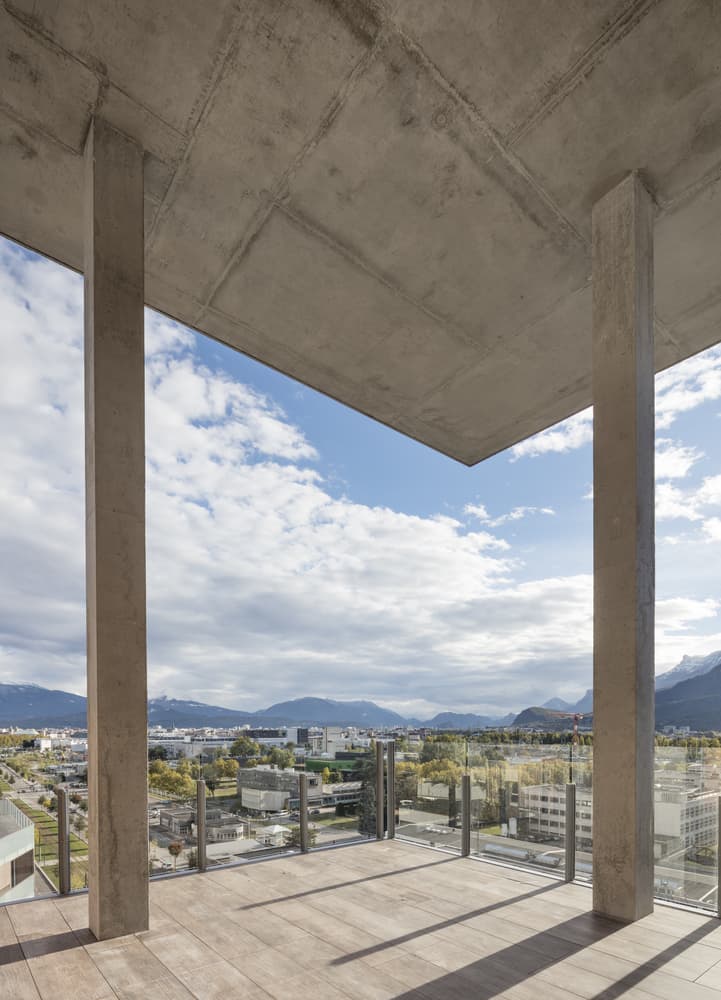 Inside the apartments, designers opted to created spaces that, despite not feeling closed off or closed in, still have some distinction within themselves when it comes to division of public and private space. This is why all of the social, hosting, and bonding rooms sit closer to the balcony, where the energy and focus of the house really draws people, while the private spaces sit slightly further away and more removed, where some peace and quiet can be sought. 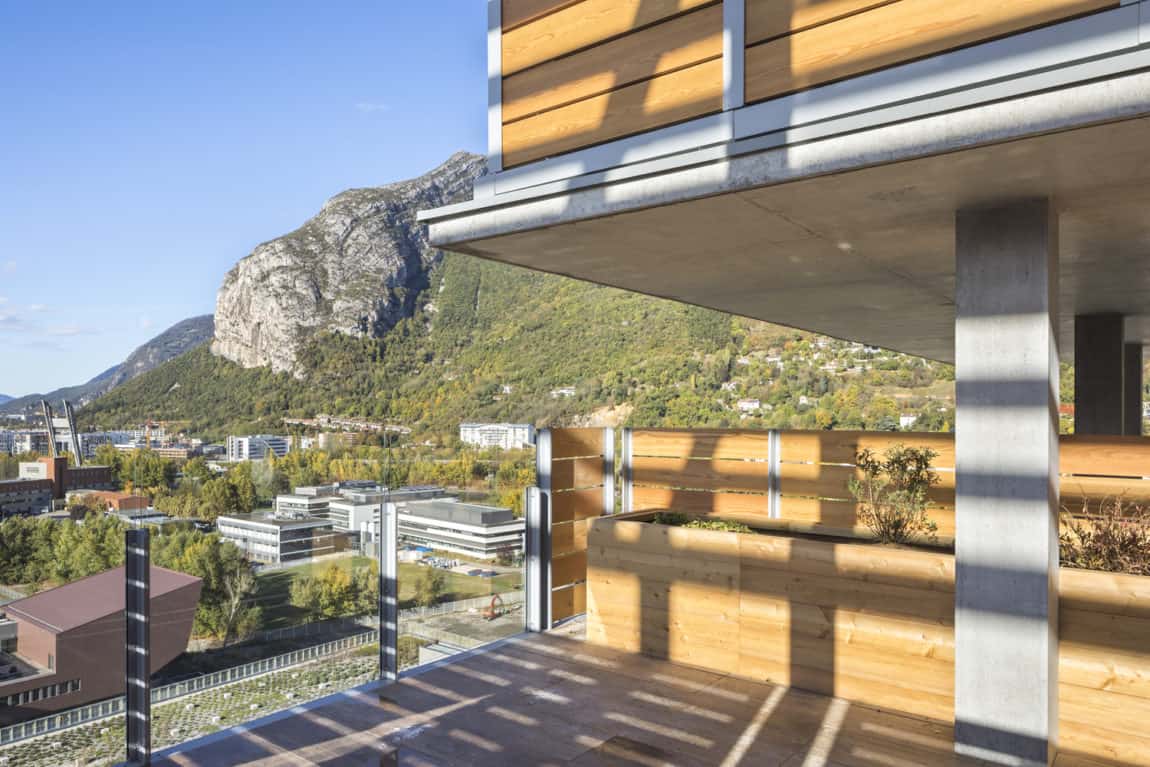 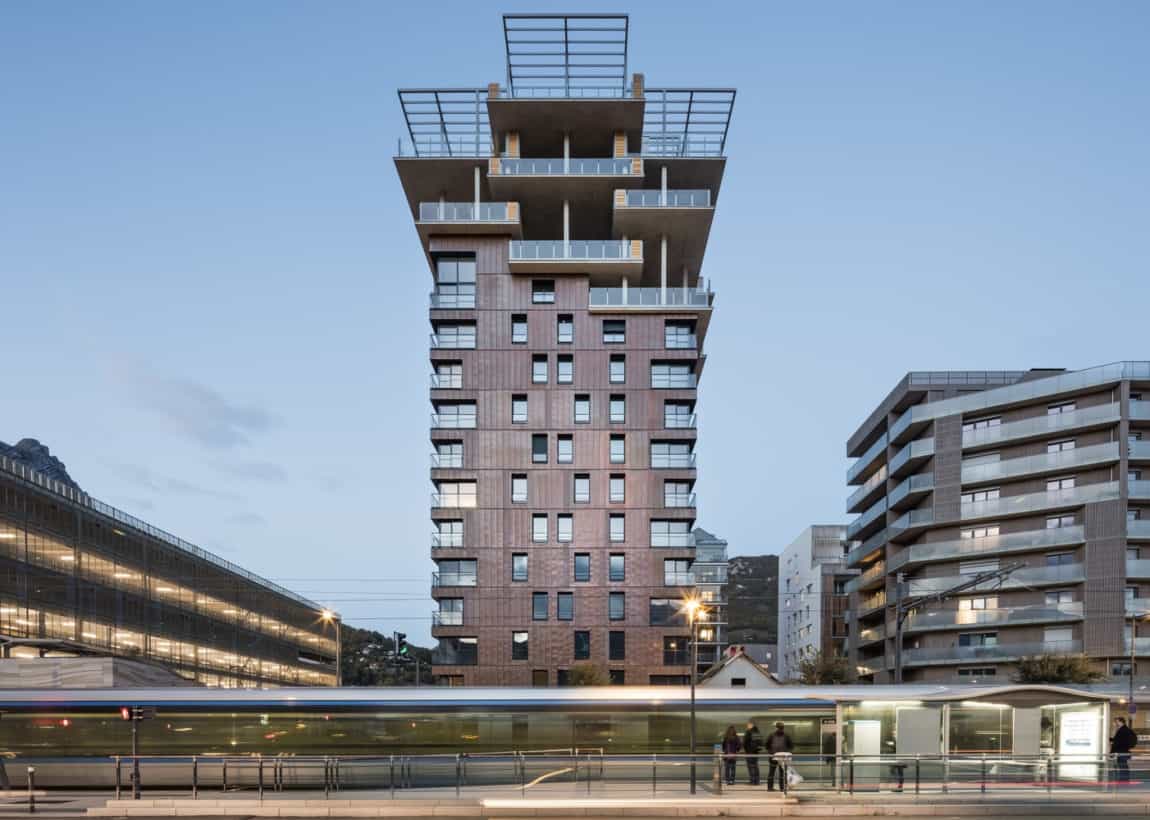 Because the apartments are on the smaller side (despite being fully equipped and not quite little enough to qualify them as micro-living spaces), the terraces really were marketed by designers as additional living spaces akin to being second homes. That’s one of the many reasons that the view from up at the top of the building is so pivotal. Few things in the area are as beautiful as the looming image of the Belledonne mountain chain in the distance.